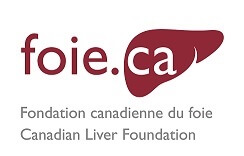 Thank you for joining us for the 2019 Ottawa Stroll for Liver!

Thank everyone who participated and joined us for the 13th Ottawa STROLL for LIVER. The event was a great success as a result of your participation and the leadership of our 2019 planning committee.

With your help we raised over $25,600 to support liver research and education and we welcomed over 200 participants. We are so grateful for everyone’s support for this inaugural event.

Did you miss it? Here is a recap of the great event.

Heather Badenoch did an incredible job as our emcee of the event and shared her story of being a living liver donor.  To read Heather’s story click here. Debbie Kleiboer gave a powerful speech, offering her lived experience of being diagnosed with Non-Alcoholic Steatohepatitis (NASH) and receiving a liver transplant after her brother offered a portion of his liver to her. To read her story click here.

Mayor Jim Watson honored us with his presence and presented the Canadian Liver Foundation an official proclamation on behalf of the City of Ottawa, recognizing our 50th anniversary as a national charity.  DJ Law (Bryan Boswell), a local transplant recipient, entertained the crowd with some great tunes.

The Ottawa Stroll for Liver offered an informative health fair with numerous local health organizations including Trillium Gift of Life, Ottawa Public Health and the Ottawa Hospital. Face painting was sponsored by Bayshore Home Health and we had many activities for children, including a visit from Spider-man.  The event ended with a special Tai Chi session led by Dr. Yu Ming.

Despite the rain, many participants completed the stroll, enjoying a scenic Ottawa river view from Britannia Park.

SAVE THE DATE: Our 2020 Ottawa Stroll for Liver will take place on Saturday, June 13th at Britannia Park!

1 in 4 Canadians may be affected by liver disease – Debbie is one of them. My name is Debbie Kleiboer. in the summer of 2010 I was diagnosed with fatty liver disease, the most common liver disease in Canada, and in a short period of time my life changed completely. Over the next two years my condition deteriorated so much that I needed a transplant.  Thankfully my brother David was a match and I received my gift of life on April 18, 2012.

Just two months later, I was ready to give back. I wanted to help others just like me by helping the Canadian Liver Foundation raise funds for liver research. I joined the CLF’s Stroll for Liver in Ottawa and with the support of friends, family and my sister’s co-workers, we raised over $2,000! (not bad for one-week planning!) you can do it too.

I am now looking forward to my 8th Stroll for Liver since my transplant and I’m ready to continue raising funds in support of the millions of Canadians affected by liver disease, please join Stroll for Liver today and step out for liver health!

To join Debbie in support of the million of Canadians affected by liver disease register here.